Who's what in Matrix? - Analysis of the characters of Matrix

(On. Note: this article I published for the first time in www.solocine.com (when SoloCine was a community of cinephiles headed by Rufino Yegros) and Matrix 1 had just released, subsequently I published in Noticias.com is an article that I have seen copied and signed by more than once ... (first I was pretty angry ... and like everything: I was then passed ...).

First of all, remember that cinema is the seventh art and as such, its purpose is to generate reflection, conveying emotion (beauty, passion, feelings such as love, hatred, perplexity ...) and be interpreted by an observer.

The art works are not completed and delivered. They become art from the moment someone sees, hears, touches them ... in short, feels and performs.

Matrix is ​​a work of art, each individual plays his way and feel what their experiences and their environment led him to feel and understand what at that particular moment it is stimulated by art, your mind conjures him.

This glossary is not to help understand Matrix ... just a personal interpretation of the names of some characters. 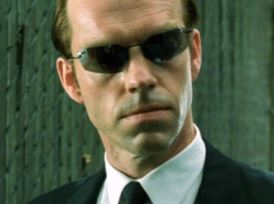 At first Smith is an agent of the Matrix, his role is analogous to that of a spider of a search engine ... is through the system and find who intends to ... no matter where they hide.

Agent Smith is an obsessed program to understand why humans act as they do. Fascinates the power to "choose" which owns Neo.

When Agent Smith attacks Neo in Matrix I, I am contaminated by the code of Neo and become a self replicating virus that invades and corrupts until the system. This is Matrix Matrix 2 and 3.

He is the true enemy of Matrix. 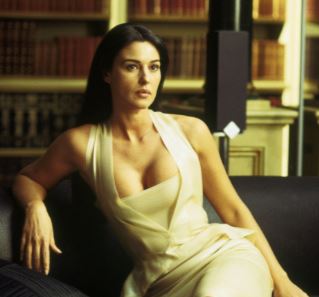 It is one of the free programs that is next to Merovingian.

Persephone's ability to discover what feels who kisses her, to the person he loves. This is most clear in the game "Enter the Matrix", where both Niobe and Ghost Persephone should kiss her in exchange for the location of them confess they love.

Greek Persephone, is similar to the Matrix character. Abandoned daughter of Poseidon, not in great esteem for men. Its appearance is frivolous woman and seems to have no feelings. When trapped in the underworld he comes out the sensitive woman hiding inside. 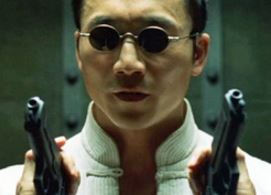 Seraphim, an angel of the Guard.

In Christian culture, Seraphim is the angel with the highest hierarchical status within the category of angels. So Matrix, that's also his role: in this case, is the guardian of the Oracle.

Frase celebre de Seraf "You do not really know someone until he has not fought him.” 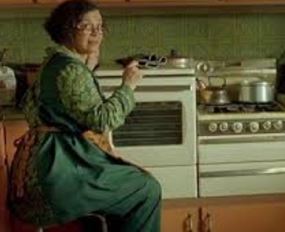 Oracle is the grandmother of cookies that predicts the future.

Although "Oracle" to me reminds me: Oracle license and thus at 22,000 Euros ... the Oracle in The Matrix is ​​a good guy and would become a support program like we have in most of our computer programs. Although as the Architect says, in The Matrix it has a special role.

Your name, Matrix, clearly refers to the Oracle of Delphi, where Greeks came when they wanted to find clues about what his future. 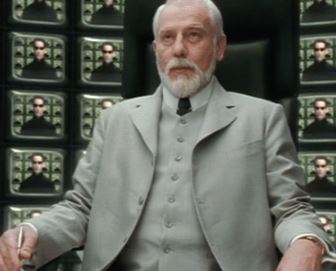 God is the "Supreme Architect" of creation. In the same way "The Architect" is the creator of Matrix ... but need help from Oracle to end to understand humanity.

If we apply the computer to the definition of the name, we with the architecture of a system is the logical skeleton on which rests all programming. Although not programming itself.

The role of the architect could be interpreted as something like that built the structure ... but not necessarily programming. 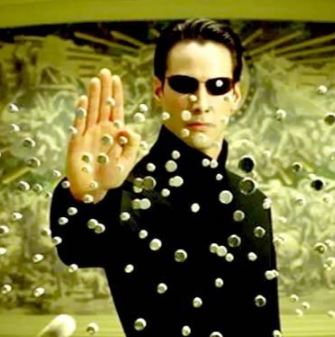 Anagram of "ONE" one, the only ... his life emulates that of Jesus, Neo is the Messiah ... has powers, performs miracles ... and also gives his life to complete the mission of saving humanity ... While it may be raised the third day…

Neo in Greek also means "new". So it is clear that judging by his name out of Matrix, Thomas Anderson (Ander + are = hijo_del_hombre) has no choice but to be the "New Messiah" is. 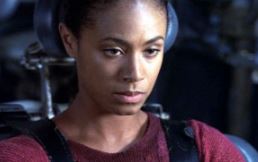 Niobe represents the strength of humans in rebellion against the machines.

The Niobe name is given by the Greek Niobe, daughter of Tantalus, who was condemned to suffer eternally Hell hunger and thirst for stealing the food of the gods.

Niobe had married Amphion, a great musician who had helped build the walls of Thebes attracting the rocks with the sound of his lyre. The two husbands became kings of this city. Niobe angered the gods with their pride and they ended up killing their children, to punish her.

The Greek statues representing Niobe, always shown with children injured in his arms, protecting them from the wrath of the gods, as she drags them to safety. 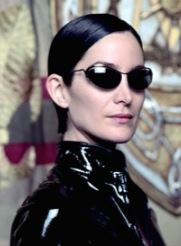 Trinity's name refers to the Holy Trinity and its role in Christianity.

Trinity shows from the first part of Matrix that love can cure everything. (Although we also have the Hindu trinity that is not as "good": Brahma, Bishnu and Shiva).

But the truth, and rather less prosaic, is that Trinity is also a program that distributed some years ago by IRC (chat program we had in the 90s), and served to make attacks on IP's. Also it is written as Trin00. 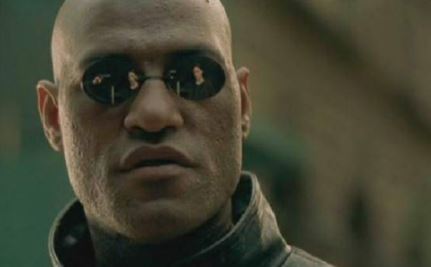 Morpheus is a name of Greek origin meaning "which makes it look wonderful."

Morpheus the Greek god of sleep is the son of Hypnos ... hence the saying "fall into the hands of Morpheus" to indicate that someone is sleeping.

In Matrix, Morpheus is the role of the contrary ... is who awakens Neo from his false life inside the womb. It would be a John the Baptist.

In fact, when Neo wakes up and lives outside the Matrix, literally out of the water.

Famous phrase: "Would you like to know what is the Matrix? Matrix around us. It is everywhere, even now, in this very room, you can see if you look out the window or turn on the television. You can feel it when you go to work, when you go to church, when you pay your taxes is the world that has been pulled over your eyes to blind you from the truth: That you are a slave like others born into bondage, born into a prison not you can not smell or taste or touch. A prison for your mind.” 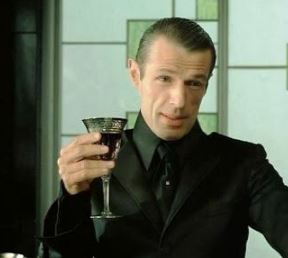 Merovingian is the leader of the free programs Matrix.

The film is meant to be one of the chosen although he preferred to stay with the girl (Persephone) and the powers it has in Matrix, rather than sacrifice his life to save mankind and Zion ... but this is not very clear .

Perhaps some reader can help with some more information.

Tells a story / legend that the Merovingian kings, who reigned in France more than 1,300 years ago, believed to be the direct descendants of Jesus.

For those who give credence to this story, it seems the crypto-Merovingian bloodline was perpetuated in the shade until today, so the "Lost King", the "Great Monarch" is present among us incognito. When the time comes, it will manifest ...

Merovingian represents exactly that character, as opposed to the figure of Neo. (Read "The Da Vinci Code" by Dan Brown, for more information. Read considering that is a fiction book. Not a treatise on history.).

THE CREATOR OF KEYS :: O Keymaker 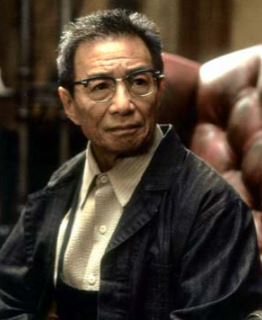 If we see instead of seeing it as a creator of Keys, like Key Generator (keygen) it is much easier to place it in the proper context.

A KeyGen is a program that generates alphanumeric keys to deceive another program into believing that you are a registered user and you possess a legal key for it to work.

In Matrix, the Creator of Keys builds the key that opens the door to the Architect. That is, Neo helps to hack the code entry Mátrix.

Long, is my favorite character :-)

Well, I hope that this compilation of characters you have been helpful and you enjoyed reading it as much as I have done writing it.