Google begins to give priority to businesses that use Google+ 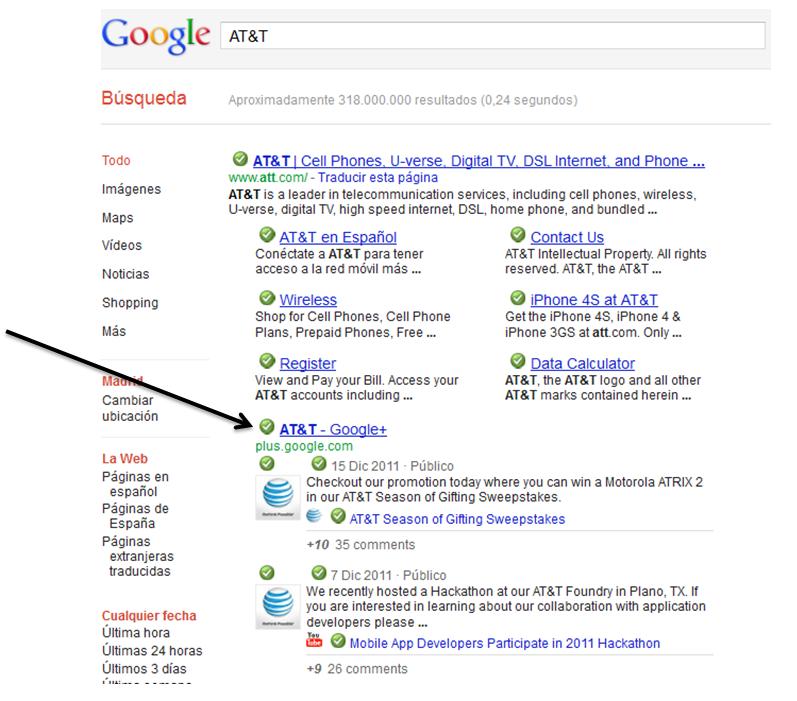 Today I saw for the first time tab Google+ prominent above the other results in a search performed on Google.

This case was searching the portal "getaway vacation" and to show the results, I appeared last post getaway vacation performed on your Google+ page at the top of the right column of the page (see image) just above the Adwords and framed by a square of 1 pixel.

Lack little so that it meets the first year of Google+And just when we thought that this network was entering a state of catatonia, Google goes and gives a push to see if this takes off once.

The social network Google+ It was created in June 2011 but it was not until September 2011 that Google allowed the registration to everyone (except companies, who had to wait until November 2011, and except under 18 who had to wait to December 2011). Since then, there have been major changes and gradually (or at least this is my feeling) people have been forgetting this network and has remained focused on Facebook.

But it was clear that since Google's revenue comes from advertising, and Adwords now do not allow the same segmentation that Facebook, apart from the fact that the under 30 almost not they clickedSo this type of income they must have been falling day after day.

For my part, I was sure that at one time or another, Google would react and encourage the use of Google+ for companies, but I would not know how or when. Today I had the first proof that it is already doing ... and how has also been resolved.

So if from now on, the post published on pages Google+ Highlights will appear in Google searches to find the name of a company, it is clear that at company level should we use this type of promotion.

To see if this weekend I have a moment to create my business page.