Review of "THE LAST DAY OF CREATION" by Wolfgang Jeschke - Quantum

The Last Day of Creation It is a book that really worth reading: it is entertaining, with an original plot, it gives a different view of Atlantis and is pure science fiction of time travel. 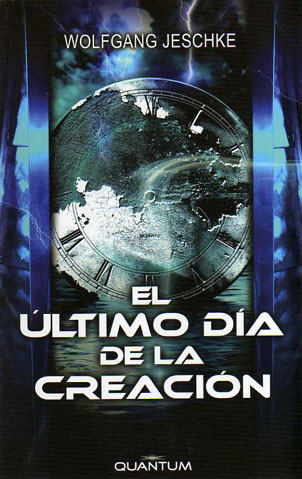 As it relates to the author, as the title of this post, it is Wolfgang Jeschke, A German author recognized internationally, but I confess I did not know and therefore had not read anything from them before. I'll have to remedy this.

The book begins narrating different episodes that are extraneous objects near the Mediterranean, although seem to come from a very distant past, are made of materials that have been around for little, or in some cases, which have not yet been made up.

It also explains how some of these anachronistic objects end up being revered as relics by the Christian tradition.

A second part of the book takes place during the decade of the 80s of the twentieth century (moment in which was written the first edition of this book) where we have the NASA and the US Navy have just discovered that it is possible to travel to the past.

The third part of the narrative is set in the distant past in which only Homo sapiens sapiens are those who have reached the future ... but not only those of our timeline.

With reference to Atlantis (I'm dedicating myself to read books that talking about it), located in Bermuda and is a refuge where men who have traveled to the past and have been stranded in time refuge. In this way it explains both the strange phenomena that were so popular last century in Bermuda, as well as the origin of the legend of Atlantis. The explanation is quite convincing.

The book reads well and hooks, so in three or four days with some free time, can be read.
There are only a couple of negative things ... and are not the fault of the author, but I fear it is the work of the translator:

These two stories do not remove the book is 100% recommended and worth reading and spend a long time thinking about paradoxes, anachronisms and in different time lines.

Richard Teerlink (President of Harley Davidson): How to reinvent a orga ... Obama and the White House Robots.txt
Scroll to top