Leo The echoes the bottom line for this summer is positive for tourism in France and tourist activities in our northern neighbor have been very positive in both July and August. (July Qualify as "honorable"And August as"even better greater satisfaction for professionals”).

Les Echos indicates that the good result is attributable to domestic tourism as the crisis has forced the French to perform proximity tourism and further divided outputs. 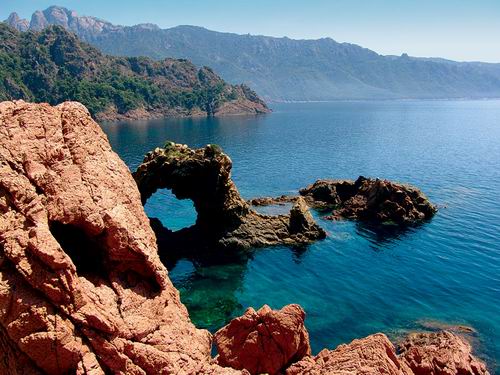 Still, if we compare this summer with summer 2008, a 4% drop seen in overnight stays in France in general and 3% in Paris in particular. This is mainly due to the decline in the number of foreign tourists who have chosen France as a holiday destination. Prototurisme (The source of these data is cited by Les Echos) it indicates that foreign tourism is down 20% and bookings have come too late.

The article highlights the high number of tourists who visited Corsica (4% more than the previous year) due mainly to the arrival of tourists through the 3 airports that airlines are covered by "low cost".

Generally, tourists have reduced spending per person both in shops and restaurants ... which is otherwise normal as domestic tourism tends to make more cultural visits, not to settle in terraces of bars and souvenirs .

Anyway ... wait a few days and see our balance sheet to see what it is.

Later note: The Government has already published data on Tourism in Catalonia for summer 2009 can be read in Comunicatur