Science fiction • Science and Technology • Reviews of books by other authors

Review of "THE HEART OF THE MATTER" Ignacio Garcia-Valino, Plaza Janes

He Heart of the Matter Ignacio Garcia-Valino, is not a book of science fiction, although part of his argument takes place in scientific circles and many of the dilemmas posed the protagonist are rooted in particle physics. 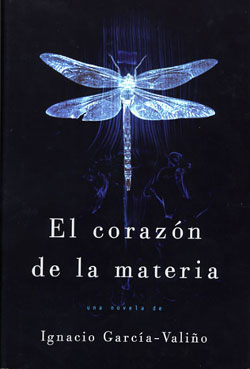 The book tells the life of Lucas Frias, a promising specialized in quarks and subatomic particles, working at CERN and who has sacrificed everything for his career scientist. The death of his partner in a car accident that Luke used to make a parenthesis in his life and while trying to investigate the causes of the accident of your partner realize that almost did not know.

At the same time, the author places the character in various settings around the world (Geneva, Madrid, Paris, Chile, etc.) and makes him interact and discuss Science with such diverse types as psychics, mentalists, ultra skeptics, and of course, other particle physicists.

The book contains an interesting quote that the author extracts from a fable by John Godfrey Saxe and that reads as follows:

“Hace mucho tiempo, en un bosque del Indostán, se reunieron cuatro ciegos que presumían de sabios, porque podían reconocerlo todo a través de las manos. Fue a visitarlos un estudiante, para aprender de su sabiduría, pero antes decidió probar si su fama era cierta. Se internaron en el follaje y el hombre les pidió que reconocieran lo que les ofrecía.
One of them said he had a snake in his hands, as he touched something elongated that was moving. The second said he was touching a stout tree with a rough bark. The third claimed that it was tied to a rope hanging from some high branch. The last one hit a firm and solid surface, and concluded that it was a wall. Everyone believed they were right.
The student warned that the four were wrong, therefore, playing only the parts, had been unable to recognize the whole. Thus one had felt a trunk; the other, a leg; the third, the tail, and the fourth, the elephant's side.”

This fable is used by the author to illustrate the state of Particle Physics, indicating that scientists, like the sages of Hindustan, try to understand the nature of this branch of science as the elephant of the fable: fragmenting and crumbling it. In the end, as in the fable, they fail to unify the theories.

Although the author does not openly indicate this, he is making a clear allusion to the theories of the Weak Nuclear Force, the Strong Nuclear Force, the Electromagnetic Force and the Force of Gravity, which separately all make sense, but there is still no theory the only one that can explain them together.

The book is entertaining, and the scientific speculations are interesting and treated from a very rational point of view.

The only criticism is that at the plot level, the book is simple and only develops one plot line. At the character level, again it is simple, and only two characters gain dimension: the protagonist and his partner.

Still, it is a book that reads quickly and leaves a good taste in your mouth. Perhaps I would not give a 100% recommendation, but 90%.